Searching Google Search With Google SuggestGoogle Search, the item that put Google on the technology map, has just been updated with a new feature called Google Suggest, which provides real-time suggestions while your searching with the world's #1 search engine. This product has been in Google Labs for quite some time, and has finally graduated and will now appear on the Google.com homepage, note that the time of this posting it hasn't appeared on the Google.ca homepage. The whole purpose of this is to save time, for example if you type in st. lois instead of st. louis, you can select the proper spelling and st. louis search item from a list of search suggestions. In this case, I would select st. louis blues, since they are my favorite hockey team. Google Suggest is a nice, simple addition to Google Search, and is very good at saving time.

Posted by Unknown at 09:56 No comments: Links to this post

Microsoft + Jerry Seinfeld = Stuck In The 90's In case you haven't heard, Microsoft is going to get Jerry Seinfeld to advertise its Vista OS, for the low low price of $300 million. I'll admit that I still watch reruns of Seinfeld, that show about nothing is just so funny, I actually want the commercials to be good, even though I am not much of a Microsoft fan. But, I just can't see how these commercials are going to help Vista, Microsoft just isn't "cool" anymore and the public sees Vista as an overpriced bad product. On the opposite end of the spectrum, the area of cool belongs to Google and Apple , they release products that are extremely user friendly, are updated frequently, and changes are made to better the user experience. Microsoft seems not to be following these basic guidelines, Vista is absolutely brutal. Now I'll admit that I own a computer running Windows XP, but the reason for this is cost, Apples are too pricey for me, and convenience, I would love to switch to Linux but it would cause so many compatibility problems at home and at work. If this was the late 90's when Seinfeld was at its peak, and Microsoft was closing in on it's own high, the commercials would have been a great success. Now they'll be as cool as plastic rubber bracelets, extremely baggie jeans, Limp Bizkit, and that greasy dirty grunge look.
Posted by Unknown at 19:54 No comments: Links to this post

The Olympics are almost over....two weeks of sports I barely watch is enough for me. Here is some news/updates in the world of Google: That's it for news in the house of Google, check back again next week.

Google Earth+Geothermal Energy
Posted by Unknown at 19:03 No comments: Links to this post

Google Docs Gearing Up for Back to School?

I just read the latest Google Docs blog post that thanked their interns for the hard work over the summer. If you read it through, lines such as " oops....I almost gave away the other killer features which haven't launched yet" appear. My prediction is that in the next month or so, maybe even the next couple of weeks, there are going to be a bunch of new features released, just in time for all of those students heading back to school. I use Google Docs for a lot of my work, I just love avoiding the file transfer step and being able to access the document from anywhere, including my phone. Once these programs become a bit more advanced, I'm hoping to avoid my desktop based word processor, spreadsheet, and presenter. Watch out Microsoft, here comes Google Docs!!!
Posted by Unknown at 20:28 No comments: Links to this post

Listen to Google: Its All About the White Space Maybe you have heard about "white spaces", maybe you haven't. Anyways, these are the unused portions of the TV spectrum that could be used to expand internet access through low power personal devices. Basically, this could allow affordable, high speed wireless internet access nationwide (the nation being U.S., haven't heard too much on the Canadian side of the border). If this happens, the Federal Communications Commission (FCC) must allow it. This decision will come in the next few months, in anticipation of this Google has launched a Free The Airwaves awareness/action plan. I like how Google mentions in its official blog that they have a "clear business interest" in this, at least they are being honest. If you want more information on this, such as why companies like Microsoft and Motorola are supporting the use of white spaces, check out this article at cnet.
Posted by Unknown at 20:33 No comments: Links to this post

I hope you all are enjoyin' the Olympics. My country, Canada, finally got some medals, yesterday they picked up 7, and what about Phelps for the US, crazy hey? Here goes another round of roundup: 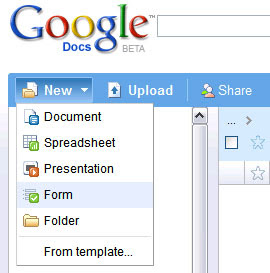 Posted by Unknown at 18:15 No comments: Links to this post

There is an Android (a.k.a. Possible iPhone Killer) Coming

To begin with I used to be a cell phone hater, I thought it was just another bill, and a total waste of money. Two months ago I purchased a Motorola Krzr, and it has changed my life so much that I cut most of my features on the home phone. I was thinking about getting a smartphone, but at the time the new iPhone 3G was coming out and it was only offered by Rogers in Canada, I wanted to wait for a while until some competition dropped the prices and other competitive smartphones came out (Apple products are too expensive!!!!). Now it looks like the first Android phone should be released from T-Mobile this fall, hopefully before the holiday spending spree, and will be on a HTC phone (Check out the YouTube video below). There will be an Apps store, hopefully with many being available and useful; Android will need it if it wants to compete with the iPhone. Originally there was supposed to be many Android based phones, but they were all delayed until 2009. What this means is that the world of smartphones will evolve rapidly over the next 6-12 months, damn its hard to keep up with technology hey?


Posted by Unknown at 22:08 No comments: Links to this post

Yesterday/today (depending on where you live) Gmail went down for some, probably most users. Those who were affected tried to log in but were given the deadly message of "Temporary Error (502)", whatever that means. Apparently it lasted for two hours, I never it experienced because I was in bed dreaming about football, my girlfriend, water chemistry, cycling, and sunshine. The cause of the outage was a temporary glitch in Google's contacts system which caused Gmail not to load properly. Google, like the good people they are, apologized via a blog post. I guess Google technology, like all technology, is not perfect, there will be outages, bugs, delays, and crashes. Some people are jumping on the bandwagon and claiming that instances like this display that cloud computing will never work and we should stick with traditional desktop software..blah blah blah blah blah. My response to this is, how much time is wasted by this traditional software freezing/crashing/bugging out? The answer is a lot. The real issue that the Gmail outage raises is Google's poor technical support, which is basically a user group. Google definitely needs to put some of its big money in this area, they're good for it.

Posted by Unknown at 20:12 No comments: Links to this post

Things picked up from last week with a ton of news/updates. Lets begin:
View Larger Map

Olympic Gadget for Google Desktop
This was definitely a busy week on the Google front. Hopefully it will be another exciting week in the world of Google.

Posted by Unknown at 20:24 No comments: Links to this post

As mentioned in last weeks blog, Google Page Creator (GPC) will not be allowing any new users and those that have accounts will have to switch to Google Sites by the end of this year. I kind of sensed the end for GPC, there zero news/updates being made by Google. Last week I switched to Google Sites (I refer to it as Sites), and I find it amazing, it can do so much more than what Google Page Creator could. Before you read the following details, check out my site created with Sites and the pic below to get a sense of what it can offer.

As the name implies, websites (Google defines this as a collection of web pages) can be made with Sites. The number of websites created is limited by the storage, 100 MB for the free version, 10 GB for those that pay for Google Apps (only $50/year, other services included). Similar to GPC, there are templates, but the selection seems to be better with Sites and editing of the page components (i.e., Header text colour) is easily done, very close to how Blogger does it. Unlike GPC, the sidebar and body width can be easily changed, it was a big pain and task to do this in GPC. Sites handles images very well, which was a major criticism of GPC, and text is easily wrapped around it. As you notice from the pic above, the actual editing of webpage content is very similar to Google Documents (which I now use for my blogging), much better than the editor in GPC. Gadgets can be added, there are quite a lot available but I've encountered problems with text wrapping around these. The biggest improvement over GPC is the ability to add gadgets that can handle uploaded files, announcements, lists, and text (text box). I am currently using files and announcements, these are created as separate pages, and the gadget just condenses these to a small box. For example, if you look at the page that will be used for one of my teaching courses, a files section will be found. This is actually a web page that is condensed to be seen in a nice, easily viewable box.
Sites is a excellent product, and a great advance over GPC. Once again Google has created another hit product.

Posted by Unknown at 11:33 No comments: Links to this post

Two updates were just released for Google Docs. The first is for probably the weakest offering of the Google Docs package, Presentations. One of the key offerings that this was missing was animations. I use these in my presentations, nothing too flashy, but for some points you want it to just appear on demand. Now it is possible to do this, in Google terms it is called sequential reveal. When an object is clicked on, a box will appear around it, right click and Incremental Reveal can be selected. There are no flashy animations, just appear, but it gets the job done. Another excellent feature introduced is full screen mode in documents. This can be accessed through the view menu or by hitting Ctrl+Shift+F, awesome. I think it is excellent how this free software is constantly updated, Microsoft and Corel should give this a try. With Microsoft the wait is ~3 years with significant illogical changes, for Corel the wait is 1 year with very few changes, if any. Free is the way to go these days.
Posted by Unknown at 13:14 No comments: Links to this post

Google Roundup For July 28th - August 2nd This week has been sort of quiet on the Google front, with only a few updates and new features on Google Products, here it goes:

Beijing Olympic Buildings in Google Earth
That is all for this week, come back again next week for more Google News.
Posted by Unknown at 20:30 No comments: Links to this post