Approximately 1 year ago I canceled my TV subscription, the extra $50/month and the freedom of not having TV control my life are both fantastic! In this short amount of time, downloading has basically disappeared  from my life.

During the first few months of being cable-free I would purchase items on iTunes, possibly (wink-wink) download movies via torrents, and get some loaners from my friends. Now I basically stream* everything from Netflix, TV Channel Sites, JustinTv, YouTube Movies, and the National Film Board. There still isn't a lot of live sports streamed, but sports networks such as TSN and CBC are starting to live stream some of their games (all highlights are viewable on their site). It has been approximately 5 months since I downloaded anything, the need is just not there anymore.

Along with downloading, the traditional TV model will die and will be replaced by a web-based model in some shape or form. People won't have to be home at 10:30 to catch the latest episode of Fringe, they won't be limited to watching it solely on their TV, and they won't be in zombie mode as they are watching it. It may take a while, Apple TV and Google TV may be the Neanderthals of this new model, but it will happen, and we will all love it!

*Note: I live in Canada and we don't have streaming services (legally) such as Hulu and Amazon Video
Posted by Unknown at 21:52 No comments: Links to this post

Arrested Development Returns and it's on Netflix!

Great news for all of you Arrested Development fans out there, the Bluth family are returning with new episodes that will air exclusively on Netflix. It will be available to US viewers as early as 2013, hopefully :) it will open up to other countries. This, along with original content coming to YouTube  is another reason (plus many more) to cut the cable TV cord. Die cable TV Die!
Posted by Unknown at 23:45 No comments: Links to this post

Ubuntu: It Was Nice To Know you

Ohh how the times have changed. About one year ago I was praising the well-known open source OS, now I am abandoning it. Why?


My primary problem with Ubuntu is Unity, and how it's not the Windows 7 taskbar. I have been known to criticize Windows, but one thing that the big M did get right is the taskbar. It just works. Unity on the other hand, doesn't. Quite often applications fail to launch, menu items don't appear when hovered over, and when multiple windows are open for an application, I can't close any of them using Unity. 
Other problems besides Unity that I need to complain about are

Maybe I will switch back to Ubuntu, maybe they will get rid of Unity, or maybe I will do everything on my Chromebook.
Posted by Unknown at 21:40 2 comments: Links to this post


To begin with, how did I buy a Chromebook? I live in Canada and they are not released up here yet. I checked Amazon and Best Buy and neither would ship to Canada so I did some browsing at eBay. After about 2 weeks of searching/following, I bought a Samsung Series 5 3G for ~$350 with shipping; thank you high Canadian Dollar (it has since lowered). Within 10 days it arrived in an oversized boxed filled with camoflauge paper packing. 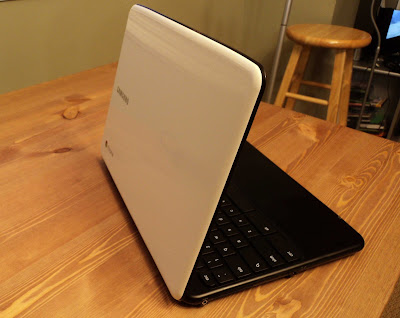 I love my Chromebook...and my Ikea table


Next, how was the setup process? It was extremely easy! It took less than 10 minutes, I entered my language, connected to the wireless network in my apartment, did a system update, signed into my Google Account and bam, done! Since most of my information is synced, all of my apps, extensions, form information, bookmarks, and theme(s) were present. 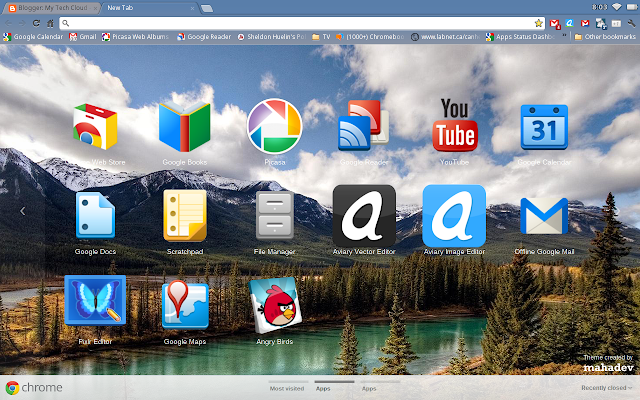 The Browser is the Desktop...

What is it like without a desktop? Initially it felt alien, after the first few hours I realized that the Chrome New Tab page is an excellent replacement for the desktop. In general, computer users are spending more time solely in the browser and the need for a desktop is disappearing.


After using the Chromebook for about 4 weeks, I have discovered how important battery life is to me. I am getting ~9 hrs on one charge! Other aspects of the Chromebook that I absolutely love is the weight, chicklet style keyboard, rarely hearing the fan kick in, anti-glare screen, and the fact that the bottom of the Chromebook never feels hot, just warm. I also like the simple folder system and reduced system options which makes finding things extremely easy. I am currently on the developer channel and since the start of this post I have been getting weekly updates; there is now an offline photo editor, offline Gmail, Netflix support, and offline Google Docs (view only); Google realized that the world is not completely online....yet. 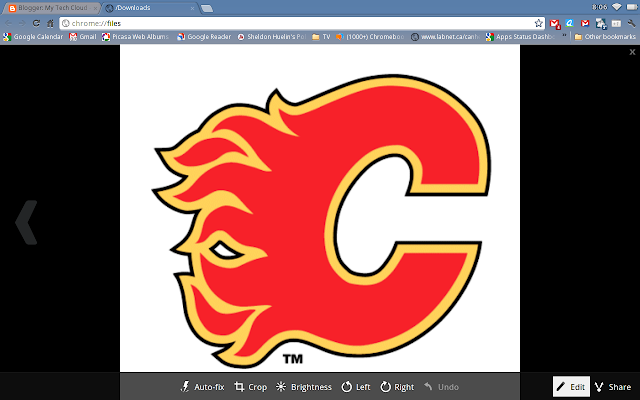 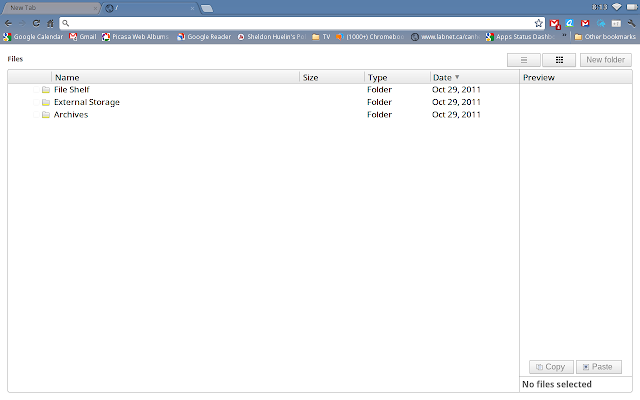 
On the negative side, sometimes the Chromebook does feel underpowered, there is no Google Earth plugin, certain sites render extremely slow, and I miss having the Home and End keys.


In summary, if you have $500, do most of your work in the cloud, and regret buying that tablet which is impossible to type with, treat yourself to a Chromebook, it is the future!


Note: As you may have guessed, this post was written with a Chromebook.
Posted by Unknown at 19:54 6 comments: Links to this post