Life With Google TV: Canadian and No Cable subscription edition

Kijiji how I love you; you gave me a $230 Sony Google TV Box (NSZGS7) for $130, unopened (it was a credit card reward for a retired teacher). I had read some good reviews about the device, and since I love Google products, it was an easy decision. The Apple TV Box was somewhat attractive, but the killer missing item is the browser, especially since all TV channel websites have video but not all have apps.

Initial setup was extremely easy, it took less than 10 minutes including spending 5 minutes trying and successfully pairing it with my Samsung 32" TV. Within 30 minutes I was extremely comfortable with the system including the remote...both sides of it.

In order to keep things short, below are some highlights of the Sony Google TV Box; Canadian Edition: 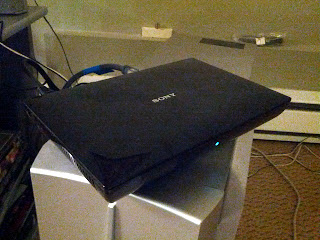 The overall experience with the Sony Google TV Internet Box has been great. Prior to this I relied on my Chromebook connected via VGA to my TV, this was fine but lacked the HDMI experience and the "lying back on the couch channel surfing" experience. The box has become part of my routine; I turn it on before I eat breakfast to watch the CBC National, stream some Netflix during the evening, and explore the great unknown of TV Portal at night. When all of this gets boring, I can surf the web via the Chrome browser to update G+ and Facebook statuses, check to see when the latest snowstorm will hit Newfoundland, and look at beautiful pictues of puddy tats. If you are a user like me, one that lives on the web and dislikes Big Cable, the Sony Google TV box is highly recommended. 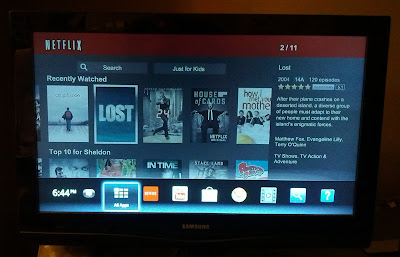 The Google TV Experience (the really bad ending to Lost is getting closer!!)
Posted by Unknown at 21:12